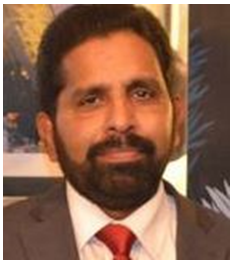 Committed to the Ministry

One of the remarkable things that happened in the Church during the last year was the Pastoral Ordination of Abraham Varghese the First Trustee of Cambridge Bethel Pentecostal Church.
A founding member of the Church, Abraham Varghese was actively involved in the Ministry of the Church when he met with a devastating accident in September 2011. Being totally incapacitated in all physical activities, Abraham Varghese was completely bed ridden for almost two years. In fact these were the formative years in his life for higher levels of Spiritual Ministry.
Much to the consolation of everybody around, God healed Abraham miraculously and brought him back to the point of being able to pick up the ministry from where the accident had cut off him.
With the special anointing that came upon him after the accident, the church found Abraham called up for further levels in the ministry.
Abraham’s testimony spread quickly, and it brought consolation to many. The India Pentecostal Church ordained Abraham as Pastor during the last annual convention held in London in May 2013.
The Church that has already been blessed by Abraham’s ministry decided to adopt him into the Pastoral Team and appointed him as Associate Pastor of the Church.